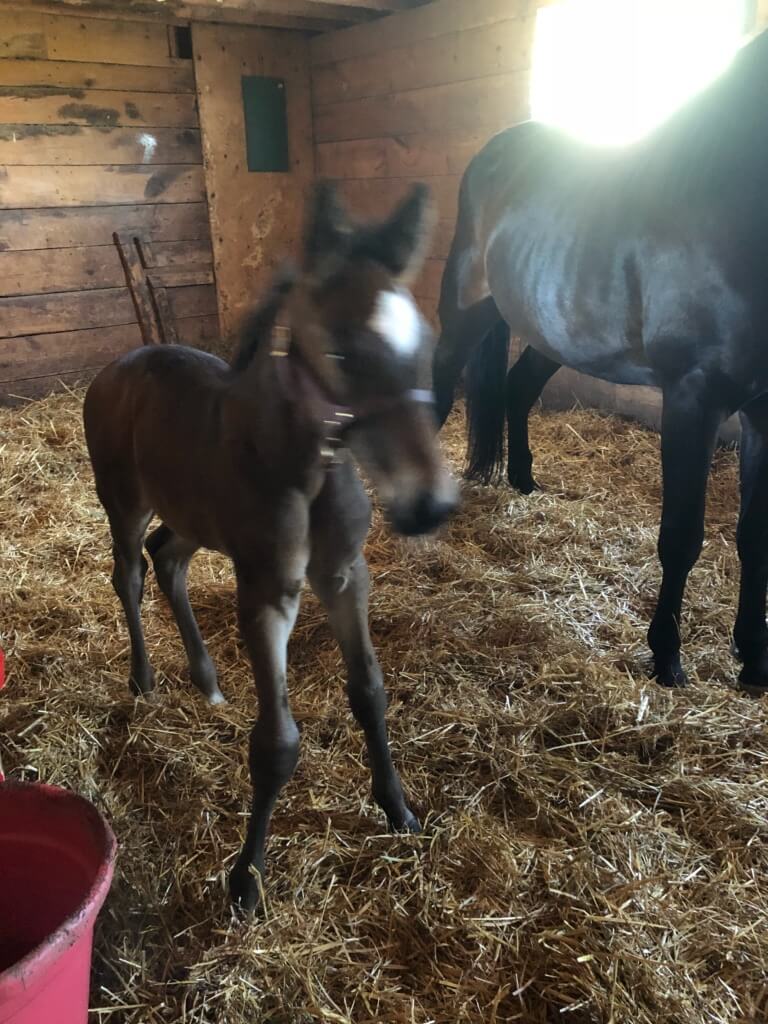 Foals are so folded up within their mothers’ wombs that it’s not uncommon for them to look like they’ve been born with less-than-perfect conformation.

They will often look like they have one of more examples of developmental orthopaedic disorders, which include angular limb deformities, rotational or spiral deviations, sometimes called vertical axis rotation and fexural deformities.

This article deals with an approach to alleviating the former – angular limb deformities which tend to stem from deviations in joints.

Let me introduce you to Bert – the standardbred foal in the following pictures. As you can clearly see, Bert’s right front leg is sitting out at about a 45 degree angle below his carpus.

His carpus is composed of 8 bones surrounded by capsular ligaments. When any of these bones begins to grow faster or slower, than any of its surrounding bones, it will cause the leg below it to grow out at a less-than-perfect (obviously sub-optimal) angle. 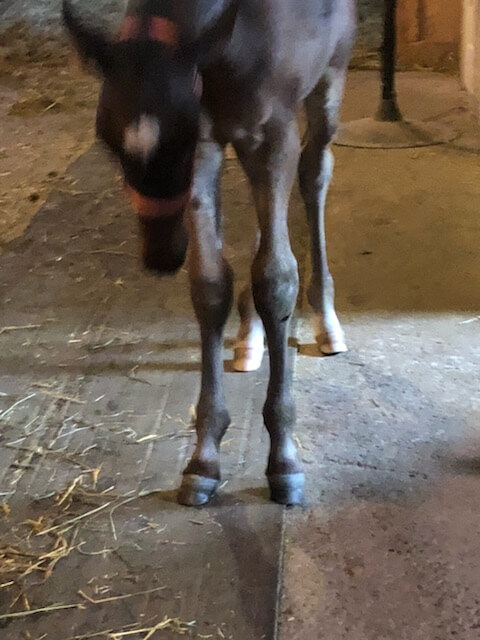 I can only surmise that the parents’ DNA might be the source of the problem. However, a severe fold within their mother’s womb could also result in either nutrient deficiency or more pressure on some bones than others, as they form and grow.

Being a farrier and not a medical researcher, I fall back on what we see every day in horses’ feet. I.e. If the horse’s feet are not directly below the bony column of the limb – as is the case with most horses – there will be more pressure on the part of the foot that is more directly below the bony column, and thus bearing more weight. This is usually the medial or inside part of the foot.

Where the foot bears more weight it is smaller than the other part of the foot which bears less weight. Horseshoes are manufactured with this in mind with their outside being slightly larger than their inside.

Now back to Bert.

As you can see his right front leg and foot are in alignment with each other but are growing out at a severe angle from his carpus.

We will attempt to ‘adjust’ his carpus and his crooked leg by trimming his foot, in a manner that moves it slowly and inexorably below the bony column, and at the correct angle. 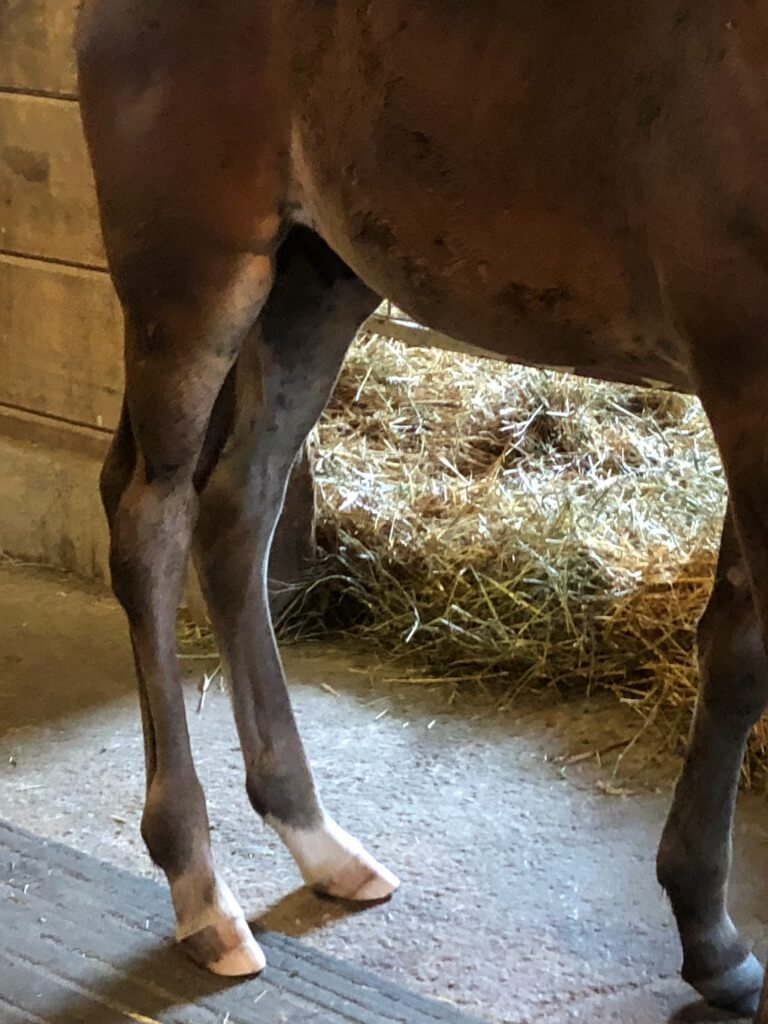 As we regularly trim the foot in this fashion, the weight-bearing of the carpal bones will become more and more evened out and with that, the growth pattern going forward also become more even. Bones are dynamic and are constantly remodelling to accommodate the loads placed on them. Chris Gregory states in his “Textbook on Farriery”, that the oldest bone cells in a horse’s body are about 5 years old – which means that the oldest bone is also 5 years old. That said, the process we are discussing in this article has only been tried on foals, and I expect the success enjoyed, is a direct result of the horse’s rapid development and maximum health status associated with being so young.

I must share with you that Bert was less than enthusiastic about my good intentions on his feet in our first session. Bert had not experienced a lead before and he behaved like most other foals – he panicked. He moved constantly, trying to hide behind his mother as well as get away from me. He leaned, he kicked and when all else failed, he tried laying down. All of which made it extremely challenging to achieve the ‘precision’ required.

Despite all that, as you can see from the second set of photos, there is a noticeable improvement.

My expectation is that Bert will enjoy an almost perfectly straight leg by the end of the process, and will be able able to run freely, comfortably and as quickly as if he had been born originally with sound conformation.

That said, I also expect that at the end of a normal trim cycle, he will still show a tendency to toe out slightly – which will be eliminated post trim – allowing him to forever retain that slice of his personality.